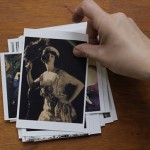 A large video projection opens with a view of a finely stained wooden surface. The hand of an unidentified woman appears on the right and a postcard portrait of Abby Aldrich Rockefeller—who, along with Lillie P. Bliss and Mary Quinn Sullivan, founded The Museum of Modern Art in 1929—is strategically placed in the center of the frame. 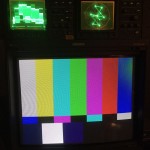 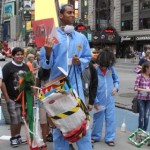 MoMA In the Making: Free Art Classes for NYC Teens A few weeks ago I sat down to interview Sean Vegezzi, an emerging 22-year-old artist and an alumnus of our MoMA Teen programs. 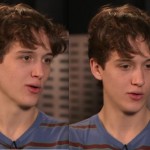 A special party for In the Making + MoMA Teens alumni will be taking place in the Louis B. & Dorothy Cullman Education and Research Center the night of Friday, December 14, with food, drink, raffle prizes, interactive art by Babycastles, a live musical performance by SUPERCUTE!, and a special screening of John Favreau’s Elf. For more information, e-mail [email protected] Spring 2013 In the Making course applications are available now. 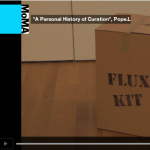 Traditionally the sixth wedding anniversary is a time for gifts of iron (or, apparently, in the United Kingdom, sugar). In December 2006, Doug Aitken handed us a trailer for his site-specific exhibition Sleepwalkers, and we launched a YouTube channel to support that. Unbeknownst to any of us, within six years we would have uploaded over 1,000 videos to YouTube and MoMA.org. 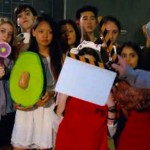 VIDEO: The Teenager’s Guide to the Galleries! (Part 3) Cross-Museum Collective teens on the set of The Teenager’s Guide to the Galleries!

Everyone knows that The Godfather Part III is the worst film in the trilogy, and that Rocky III and Jaws 3 aren’t anywhere near as good as the famous blockbusters that they followed. But what about The Teenager’s Guide to the Galleries! Part 3? 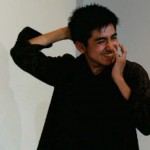 VIDEO: The Teenager’s Guide to the Galleries! (Part 2) A Cross-Museum Collective teen on the set of The Teenager’s Guide to the Galleries!

“Ewww, why is this so special that it needs to be in a museum?” “Like, dude, seriously, my kid could do this.” FREEZE! 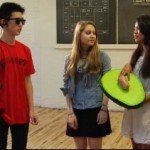 VIDEO: The Teenager’s Guide to the Galleries! (Part 1) Cross-Museum Collective teens on the set of The Teenager’s Guide to the Galleries!

If there was an Oscar given out for “Best Teen-Created Educational Guide for Visiting Modern and Contemporary Arts Institutions” I think we would have a serious contender for the prize right here. However (as the Academy continues to ignore us) I guess we’ll just have to present it to you, the dedicated Inside/Out readers, and let you make up your own mind about its merits.

Some background: for the final project of our 2012 season, the MoMA + MoMA PS1 Cross-Museum Collective wanted to create something that would allow them to share what they had discovered about the world of modern and contemporary art with their NYC teen community. Figuring out a way to do this was no easy task. The group had spent months together, working on projects with artists like Darren Bader and Rashaad Newsome, meeting with MoMA and MoMA PS1 staff, exploring art at our two institutions, and traveling around the city to visit other exhibitions and museums. With just a few weeks to go in our season, the Collective came up with an amazing idea—we would create a short video about all of the things that we felt teens struggle with when coming into contact with the daunting world of galleries and museums. Everybody sprang into action: an outline was made, scripts produced, props constructed, and scenes rehearsed. We called Plowshares Media and booked their crew. Matthew Evans and Chris Lew reserved us space at MoMA PS1, and the artist Max Brand gave us permission to film inside his exhibition. In true guerrilla DIY-style, we acted the scenes out ourselves and shot the whole thing over the course of a single afternoon. Presented here is the first part of the series, with the other three parts to follow over the next couple of weeks. Check it out. Share it with anyone (young or old) who might appreciate what we’re trying to do. And if anyone knows Jerry Bruckheimer’s number, please pass it along!

Special thanks to Chris Lew, Matthew Evans, Max Brand, Plowshares Media, and everybody on the Cross-Museum Collective who made this video possible. 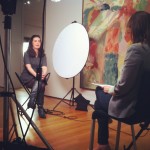 Museum educators often struggle with how to capture the impact of our programs. There are so many incredible programs offered by the MoMA Education Department for many different audiences that take the form of tours, talks, art-making classes, drop-in programs, and digital and analog games, and documenting a visitor’s experience of these ephemeral events is difficult. 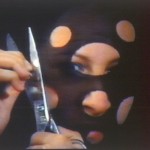 In 1982 Sanja Iveković presented Personal Cuts on prime-time Yugoslavian national television, on TV Zagreb’s 3, 2, 1 – Action! This video is now on view in MoMA’s retrospective Sanja Iveković: Sweet Violence, and I am most grateful to Sanja for giving us the opportunity to present this work on our blog.