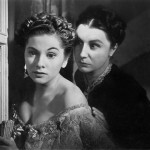 Tomorrow (and every March 12) is National Alfred Hitchcock Day. 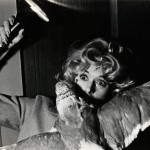 Tippi Hedren and a feathered friend in The Birds. 1963. USA. Directed by Alfred Hitchcock

In his seminal study of Alfred Hitchcock, critic Robin Wood focuses on the director’s career-long apprehension that civilization rests precariously on a very thin layer of what we accept as reality, but which covers a foreboding, underlying chaos.

Alfred Hitchcock’s To Catch a Thief These notes accompany the screenings of Alfred Hitchcock’s To Catch a Thief on August 1, 2, and 3 in Theater 3.

By 1955, Alfred Hitchcock was enjoying a level of celebrity never attained before or since by a movie director, with the possible exception of Cecil B. De Mille when he was hosting Lux Radio Theatre. 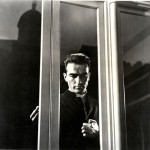 These notes accompany the screenings of Alfred Hitchcock’s I Confess on May 30 and 31 and June 1 in Theater 3. 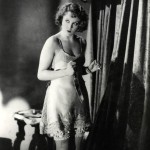 These notes accompany screenings of Alfred Hitchcock’s Blackmail, June 23, 24, and 25 in Theater 2.

Alfred Hitchcock (1899–1980) is the leading example of a commercially successful film director who never lost his taste for innovation and experimentation. He must be something of an anathema to those on the avant-garde fringes of film whose whole career may not attract the audiences that Psycho (1960) or The Birds (1963) could garner in a single day. Yet, his body of work remains extremely personal and unified in its vision of a precarious universe.