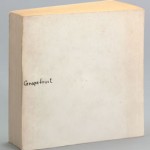 Two weeks ago, while the United States was marking its 239th birthday, The Museum of Modern Art was celebrating the 51st birthday of Yoko Ono’s iconic artist’s book Grapefruit (1964), a compendium of her instruction-based artwork. The book holds special significance for the Museum, as it was one of the first works by Ono acquired by MoMA, and it is currently on view in the exhibition Yoko Ono: One Woman Show, 1960–1971. 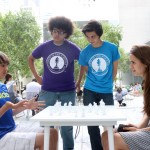 “CHESS SET FOR PLAYING AS LONG AS YOU CAN REMEMBER WHERE ALL YOUR PIECES ARE.”

These are the words inscribed on a brass plaque on the underside of Yoko Ono’s original White Chess Set (1966)—a work that is currently on display in the exhibition Yoko Ono: One Woman Show, 1960–1971 (open through September 7, 2015). In conjunction with this show, an exhibition copy of Yoko Ono’s celebrated work is installed and open for public engagement in MoMA’s Abby Aldrich Rockefeller Sculpture Garden throughout the summer. 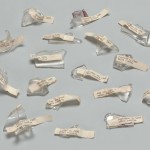 This year marks the 50th anniversary of Yoko Ono’s 1965 performance of Morning Piece in New York City. To commemorate Morning Piece and in conjunction with Yoko Ono: One Woman Show, 1960–1971</a>, MoMA and PopRally have organized YOKO ONO MORNING PEACE 2015, a global sunrise celebration on the summer solstice, Sunday, June 21. 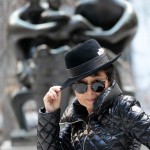 Yoko Ono at MoMA: An Exhibition 50 Years in the Making Yoko Ono: One Woman Show, 1960–1971 heralds Ono’s first official solo exhibition at The Museum of Modern Art. However, it is not her first interaction with the Museum. Ono’s engagement with MoMA dates to her arrival onto the New York art scene in the late 1950s and early 1960s. 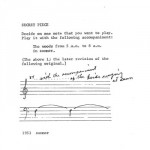 Many of the works featured in the exhibition There Will Never Be Silence: Scoring John Cage’s 4’33” were created around 1960, as a generation of artists and students of John Cage reacted to the radical possibilities opened up by his 4’33”. The score had finally been published eight years after its first performance at Woodstock in 1952. 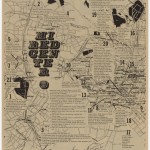 Fluxus currents flow throughout the exhibition Tokyo 1955-1970: A New Avant-Garde, not only in the graphic scores discussed in my last blog post, but also in a section devoted to the experimental art collective Hi Red Center. 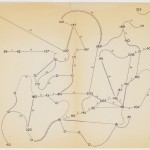 This is the first post in a new blog series entitled Exhibiting Fluxus, showcasing works from the Gilbert and Lila Silverman Fluxus Collection Gift that are currently on view. 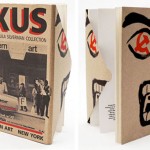 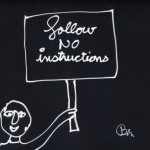 George Maciunas. One Year. 1973–74. Various empty containers and packaging. Above: Alison Knowles. Selections from The Identical Lunch. 1969. Screenprints on canvas. Installation view of both works at MoMA. The Museum of Modern Art. The Gilbert and Lila Silverman Fluxus Collection. Photo: Jason Mandella

This week MoMA launches Instruction Lab in the mezzanine of the Lewis B. and Dorothy Cullman Education and Research Building, inspired by the Fluxus works included in the current Contemporary Art from the Collection exhibition. 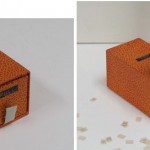 Unpacking Fluxus: The Joke’s On Us

Upon opening an orange faux-reptile-skin box marked only with the typed words “top” and “pull,” we received quite a surprise: out jumped a coiled toy snake and a shower of confetti printed with the words “New Flux Year.” Rattled, we soon found that the joke was on us, as we were left returning every last scrap of paper, along with the spring-loaded snake, back into the box before shutting it carefully.