Posts tagged ‘Pictures by Women: A History of Modern Photography’ 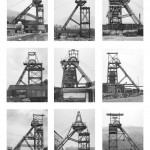 Sometimes, after I encounter a great work of art, I feel like I’ve been punched in the gut. And that’s a good thing—the work touches and evokes something deep inside that lingers for months, even years. I had this experience when I first saw Nan Goldin’s The Ballad of Sexual Dependency, a 45-minute slide show of some 700 color pictures set to a soundtrack. I met with VALIE EXPORT about three months ago at MoMA when she came to New York to preview her friend Marina Abramović’s exhibition. It was a sunny morning in March, and we sat down outside the staff cafe sipping glasses of grapefruit juice and talking about her signature work, Action Pants: Genital Panic.

In each gallery of the recently opened Pictures by Women: A History of Modern Photography, you will encounter a wall of photographs (sometimes two) with only pictures of women. This is not because women focused their cameras primarily on their female peers—there are plenty of exceptional landscapes and photographs of other subjects in the Museum’s collection, and a select smattering of these are now on view—but rather because I, along with my colleagues and co-curators Eva Respini and Roxana Marcoci, were fascinated by how these groups of pictures of women and by women suggest, in their diversity, the plasticity of both photography and female identity.