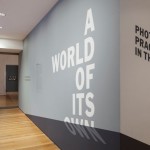 Installation view of A World of Its Own: Photographic Practices in the Studio, The Museum of Modern Art, February 8–October 5, 2014

“Coming into Brancusi’s studio was like entering another world.” – Man Ray, 1963 This short but evocative quote currently appears high on the wall just inside the entrance to The Edward Steichen Photography Galleries, on MoMA’s third floor. 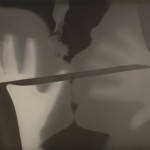 Five for Valentine’s Day: A Kiss Is Just a Kiss

To get everyone in the mood for today’s amorous holiday, I’ve selected some of the best kisses from MoMA’s collection. What’s your favorite? 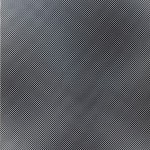 MoMA Offsite: The Tricks of Today are the Truths of Tomorrow In my last MoMA Offsite (which, as it happens, was also the first-ever MoMA Offsite), I set the agenda for this column, which is to reveal and discuss MoMA collection works on loan to other institutions. I chose to explore both works that are infrequently on view here at Fifty-third Street as well as those that are regular residents in our galleries, assuming that each entry would take me to different artists from different time periods, featured in different shows in different parts of the world. But in the infancy of this mission I am already going to break the pattern by speaking exclusively this week about one artist and one show, just up the road: Alias Man Ray: The Art of Reinvention, on view at The Jewish Museum through March 14.

I think it’s a really vital moment for photography right now. Over the past few years, a number of artists have re-opened the discussion on the nature of photography, investigating the materials and processes of the medium itself. Of course, this recent examination is part of a long lineage of experimentation in photography, seen in the work of artistic giants such as László Moholy-Nagy (included in MoMA’s current Bauhaus exhibition) as well as in more recent experimentation by artists such as James Welling. Walead Beshty is active in many of these discussions, as both a writer on the subject and an artist addressing the basic processes of photography.