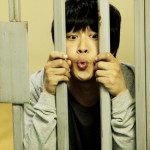 One learns, I think, a fair amount about a national culture through its cinema, particularly if the culture is as homogenous as is Korea’s, with its rituals, social practices, communal aspirations, tortured history, and earthy cuisine. What is quite special to me is, unlike many other cinemas, that Korean films are made first and foremost for Koreans, because, after all, it is they and not anybody else who speak the language in which the films are made, and, unlike films manufactured by and for the Hollywood studios, they are not made with the export market foremost in mind.