One learns, I think, a fair amount about a national culture through its cinema, particularly if the culture is as homogenous as is Korea’s, with its rituals, social practices, communal aspirations, tortured history, and earthy cuisine. What is quite special to me is, unlike many other cinemas, that Korean films are made first and foremost for Koreans, because, after all, it is they and not anybody else who speak the language in which the films are made, and, unlike films manufactured by and for the Hollywood studios, they are not made with the export market foremost in mind.

Return to Hot and Humid

I just returned from a Maine cabin by a large freshwater lake, where I was frightened of the water. Sharks might maul me, or if not sharks, then perhaps a large snapping turtle out of a Roger Corman film (not that I can recall a Corman film with a killer turtle). 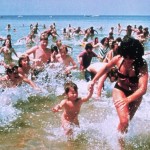 In 2008 the Department of Film “celebrated” summer with a short series of films from MoMA’s collection set during the season in which everyone relaxes in the sun, and most people end up being caught off-guard. 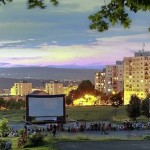 To many of us who love the idea of vampires and Dracula, the notion of a Transylvanian International Film Festival (TIFF) sounds like something dreamed up by Mel Brooks, funny and weird. But surprise, this festival in Cluj, a city—at once medieval, Austro-Hungarian, and modern—of about 350,000 by the foothills of the Carpathian mountains, not only celebrated its 10th anniversary this week, but is a knockout of a film festival.