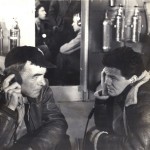 Howard Hawks’s Air Force and John Ford’s They Were Expendable are the cream of a very abundant crop of Hollywood World War II films. 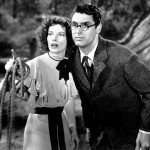 Today’s posting is on Howard Hawks’s Bringing Up Baby, but more on that in a moment. Last week, in praising George Cukor’s Holiday as a product of the Hollywood studio system, I got off onto a bit of a rant about how bad American commercial films have become since the demise of that system. I was completely unaware that Mark Harris covered a lot of the same ground in the February issue of Esquire, in a piece called “The Day the Movies Died.” Harris had much more space, and he knows a great deal more about contemporary Hollywood than I would ever want to know. Although he holds Inception in much higher esteem than I do, the points he makes about the replacement of storytelling skills and character development by technological gimmickry are essentially the same. I promise you I did not know of Harris’s article before I wrote mine. Honest Injun! Cross my heart! 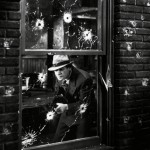 Howard Hawks’s Scarface: The Shame of a Nation Scarface: The Shame of a Nation. 1932. USA. Directed by Howard Hawks

These notes accompany screenings of Howard Hawks’s </i>Scarface: The Shame of a Nation, September 22, 23, and 24 in Theater 3.</p>

Howard Hawks (1896–1977), in his forty-four year career, was arguably the most consistently successful of all directors in satisfying the commercial demands of the Hollywood studio system while simultaneously maintaining a high level of personal expression in his films. One might say he was the “auteur’s auteur.” It helped a great deal that he was proficient in so many different genres. 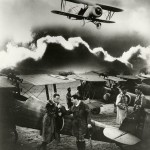