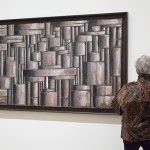 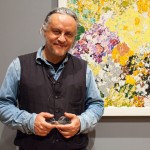 Throughout the run of Inventing Abstraction, 1910–1925 (December 23, 2012–April 15, 2013) we invited contemporary artists to pick a work and say briefly what they find most compelling about it. 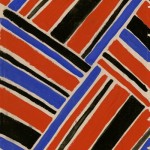 Crossovers: A Journey to Paris and London While crossing under the East River during my daily train ride on the LIRR, I recalled the train I took from Paris to London, which passed under a much larger body of water: the English Channel. In the weeks since my trip, I attempted to find a word to describe my journey, and I’ve determined that I experienced a series of crossovers