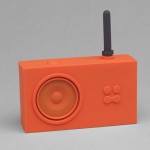 One of the all-time best Christmas presents I ever received was a tiny black plastic transistor radio. It came with a single ear plug, a corded wrist strap, and a thin black vinyl case. There are no words to describe how absolutely fabulous it was, but I have a wonderful memory of bebopping through the snow across the street to my best friend’s house on Christmas night with my new little black transistor radio pressed up close to my ear. I couldn’t wait to show it to her. 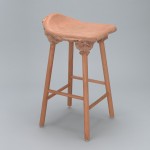 Being a New Yorker may mean I don’t have the best Pollyanna game going, but it doesn’t stop me from being a true-blue fan of acts of good citizenship.  Teddy Roosevelt said that the “first requisite of a good citizen in the Republic of ours is that he be able and willing to pull his weight.” As a staunch defender of the environment; I’d bet Teddy would also be an avid recycler if he were around today, and I’m sure he’d count recycling as an essential act of good citizenship.

You can’t tell me you don’t feel at least a little pleased with yourself, knowing you’re doing the right thing, every time you separate your glass and your cardboard. Yes, it’s a nuisance, but as we used to say back in the early days of the modern environmental movement: “If you’re not part of the solution…you’re part of the pollution.” The first Earth Day made its way onto the scene in 1970, and shortly thereafter the Container Corporation of America, a major user of recycled products, sponsored an environmental symbols graphic arts contest. Gary Anderson, an architecture student from California, won with his now famously ubiquitous design of a three-part Möbius strip with open points offering entry into recycling’s never-ending cycle of use—reuse at each turn.  Though the Universal Recycling Symbol resides in the public domain, it has also been added to The Museum of Modern Art’s architecture and design collection, and can be found on the gallery walls in the current exhibition This Is for Everyone: Design Experiments for the Common Good. The exhibition takes its title from Sir Tim Berners-Lee’s 2012 London Olympic Stadium tweet, and sets off to explore design’s possible egalitarian (or not-so-egalitarian) ways. Also on view in the exhibition are Marjan van Aubel and James Shaw’s eco-friendly Well Proven Stools. Upon learning that that there is a 50 to 80 percent timber wastage in the process of manufacturing wood products from wood planks, the Dutch-British design team decided to build a series of stools and chairs that could use/reuse all of this industrial by-product.

They devised a method and recipe for forming the seats from a bio-resin-impregnated mix of recycled wood sawdust, chips, and shavings. Perched upon traditional legs made of turned ash, walnut, or cherry, the pigmented spongy-looking foam and wood chip-mix seats make for an unconventional, but not unattractive, appearance.


Bio-resins are made from organic or plant materials instead of the usual fossil-fuel base, and are themselves recyclable. The material is sturdy and strong yet quite light making the Well Proven Stool possess exactly the qualities you’d want in a stool: comfortable, durable, rugged, and portable, plus they’re environmentally responsible. What could be more equable?

Two Well Proven Stools are on view until January 17, in This is for Everyone. The Universal Recycling Symbol </em>can be found everywhere. 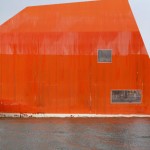 Like most people I like to think that I’m open-minded, so I’m always a little surprised when I find myself caught short by my own conventional thinking. On a recent visit to COSMO, the 2015 winning Young Architects Program project by Andrés Jaque / Office for Political Innovation, I noticed my concept of architecture had somehow reset itself to the limited default notion of “a structure that would be inhabited by me” when I wasn’t looking. 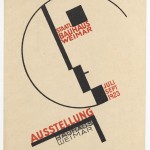 Having a Wonderful Time at the Bauhaus Exhibition in Weimar, 1923 When friends went off on a summer vacation adventure and I heard myself request that they be sure to post some pictures on Instagram, I wondered what happened to “send postcards?” It really was not so very long ago when I could open my mailbox (my letter box) and regularly find a picture postcard from someone gone halfway around the world—or even just across town—with a handwritten personal note or a “having a wonderful time wish you were here,” or some artist post cards with wonderful, artfully collaged imagery from a mail art–artist friend. Now, it’s a rarity. 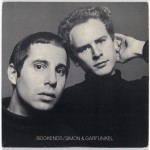 LP Covers—Music in Your Hand

As a member of a pre-mp3 devices generation, I have fond memories of trips to the record store. Holding a great LP cover is like holding its music in your hand; the best are a visual expression or translation of the music they deliver. 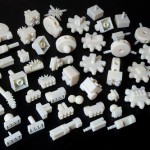 This Is for Everyone: Free Play 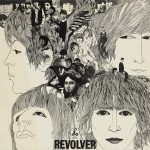 The LP Cover: A Counter-Cultural Icon

The Beatles’ Revolver, with Klaus Voorman’s haunting illustration and photo-collage work, was the first LP cover added to the design collection in my time at MoMA and I was thrilled to see it arrive. Recently Help!, Rubber Soul, and Sgt Peppers’ Lonely Heart’s Club Band LP covers were acquired and all are currently on view in Making Music Modern: Design for Ear and Eye along with The Beatles, aka the White Album, from MoMA’s drawings and prints collection. Exhibited together, these Beatles album covers offer a design-based narrative of the band’s evolution, and at same time read as a cultural narrative of the times. 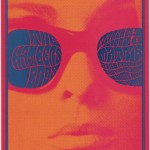 I’m one of those people that carries a notebook everywhere so I can be sure to record what mostly turns out to be a lot of useless information, for example rock concert set lists—though not religiously, just when I feel like it. Recently I tried using the notes app on my phone, but it’s just not the same. 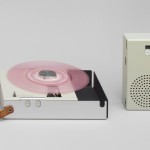 What’s on Your Turntable?

My first record player came built into a portable red-and-white leather case with two locking hasps on either side of its red leather handle. It played both 45s and 33s, and had a black plastic 45 adapter that was stored in a recessed slot in one corner. It was a magnificent machine. 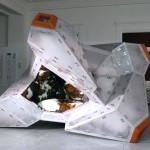 The White Elephant in the Gallery With its fully furnished interior space fitted-out in overstuffed cowhide, and an exterior clad in poly-carbonate panels Jimenez Lai’s White Elephant  (Privately Soft)  operates as both a free standing mini-building and as maxi-furniture.