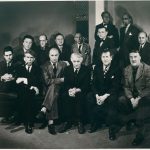 During WWII, The Museum of Modern Art played an integral role in assisting artists, art historians, dealers, and their immediate families in escaping from Europe to America. After the fall of Paris to the Nazis in June 1940 the Museum began to receive numerous requests for help to flee to the U.S. 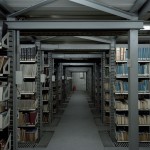 Archives on Display: Activating the Past, Challenging the Present As an intern in the MoMA Archives, my favorite part of the day is paging through the material that our researchers have requested. Though pulling document files doesn’t seem like the most exciting task in the world, it is for me, because it’s the exact moment when archives come alive. Sitting in the stacks in hundreds of archival boxes, these documents are inactive forces of potential energy waiting to be picked up.