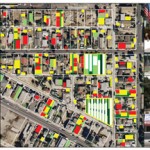 Posted by Andres Lepik, Curator, Department of Architecture and Design When I proposed the Small Scale, Big Change: New Architectures of Social Engagement exhibition in the fall of 2008, the housing crisis in the U.S. had just reached its peak. This crisis started from speculation on housing and developed into the biggest economic crisis in the U.S. in a long time, spreading out to many other countries and forcing millions into unemployment, a large number into poverty, and many even into homelessness.