Posts tagged ‘Van Gogh Dalí and Beyond: The World Reimagined’ 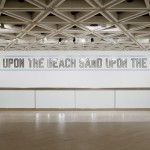 Letter from Perth: Van Gogh, Dalí, and Beyond: The World Reimagined at AGWA

I’ve just returned from the other side of the world—Perth is our antipodes, at exactly 12 hours ahead of New York—where I was installing the exhibition Van Gogh, Dalí, and Beyond: The World Reimagined at the Art Gallery of Western Australia, along with AGWA curators Gary Dufour and Glenn Iseger-Pilkington. The third installment in a six-show partnership between the two institutions, this exhibition looks at how modern artists have reinvented the traditional genres of landscape, still life, and portrait. A selection of 134 works from MoMA’s collection—paintings, sculptures, drawings, prints, photographs, and a media work—made the long journey to be enjoyed by a new audience from June until December.

Visitors to AGWA will see how the definition of landscape has evolved from 1889, when Vincent van Gogh painted his iconic The Olive Trees, to 2006, the year of Tacita Dean’s neo-Romantic photogravure installation T&I. They’ll observe how the meaning of a still life has expanded from Paul Cézanne’s Still Life with Ginger Jar, Sugar Bowl, and Oranges (1902–06), to Michael Craig-Martin’s Folio (2004), a portfolio of 12 brightly-hued screenprints depicting ordinary objects like a sneaker and a cell phone.

And they’ll perceive how the possibilities and priorities of portraiture have shifted from Henri de Toulouse-Lautrec’s La Goulue at the Moulin Rouge (1891–92), to the 2011 installment of Nicholas Nixon’s annual portraits of his wife and her three sisters, The Brown Sisters, Truro, Massachusetts. Used to the 90-degree angles of MoMA’s galleries, it was first a challenge—and ultimately a great pleasure—to install in AGWA’s galleries, which are shaped like hexagons, and whose walls follow the angles of a ceiling composed with triangles. These angles create long views that encourage visual connections across galleries, many of which were unplanned but fortuitous. Standing in front of Matisse’s The Blue Window in the exhibition’s still life section, for example, you can look back into the landscape gallery and see Milton Avery’s Sea Grasses and Blue Sea, another painting that tests the border between representation and a blue monochrome.

While hardworking registrars carefully planned the transport of these masterpieces, two works didn’t have to be sent at all. Rocks Upon the Beach Sand Upon the Rocks, a 1988 installation by the artist Lawrence Weiner, describes a landscape only in words, and is remade each time it is installed to fit the exact dimensions of the venue. Below is the version designed in collaboration with the artist’s studio for AGWA. And Urs Fischer’s Untitled sculpture from 2000 consists of half an apple and half a pear, screwed together and suspended from nylon filament. The work was not only constructed anew for this venue, but will be remade regularly throughout the course of the exhibition. A kind of postmodern still life, it takes Cézanne’s desire to express the tangible “thingness” of a piece of fruit to a whole new level.