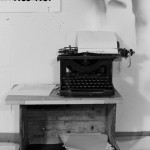 Revisiting The Store by Claes Oldenburg

In 1961 Claes Oldenburg opened a store in the Lower East Side of Manhattan, five years after his official arrival in New York. For two months, Oldenburg hawked commonplace objects out of his storefront: ice cream, oranges, cigarettes, hats, shoes, all things that could be found in surrounding stores, but here, they were specially crafted and singular, specific to the artist and his studio-cum-store. In Claes Oldenburg: Writing on the Side 1956–1969, Oldenburg describes his project neatly:

“The Store, or My Store, or the Ray Gun Mfg. Co., located at 107 East 2nd St., NYC, is eighty feet long and is about ten feet wide. In the front half, it is my intention to create the environment of a store by painting and placing (hanging, projecting, lying) objects after the spirit and in the form of popular objects of merchandise, such as may be seen in store windows of the city, especially in the area where The Store is (Clinton St., for example, Delancey St., 14th St.).

This store will be constantly supplied with new objects, which I will create out of plaster and other materials in the rear half of the place. The objects will be for sale in The Store.”
—Claes Oldenburg (1961) Cover of Claes Oldenburg: Writing on the Side 1956–1969, published by The Museum of Modern Art

The excerpt included above is just one of a variety of collected written works in Writing on the Side, the first compilation dedicated to Oldenburg’s writings. Organized chronologically, the book contains diary entries, poems, notes, statements, and sketches, grouped by chapter with titles like: “Fear of New York 1956–1958,” and “Object Consciousness 1965–1967.” The book serves as a written history of Oldenburg’s artistic presence in the 1960s, much of it composed on a typewriter kept in his studio.

Diary entries and notes preceding the opening of The Store evidence Oldenburg’s investment in the seemingly unexceptional: Oldenburg documents every sandwich, coffee, and beer consumed, the names of cafés and restaurants frequented (many of which no longer seem to exist, upon cursory Google searches) with as much care taken to describe creative ideation and art events. In this way, the writings are an important companion to Oldenburg’s body of work, giving insight into this formative period in his career as well as a unique view into a New York that no longer seems to exist (check out what Oldenburg’s store looks like now).

Oldenburg will perform a reading from Writing on the Side at MoMA at 6:00 p.m. on June 28, followed by a reception and book signing. More information about the event can be found here.

Claes Oldenburg: The Street and The Store is on view through August 5 on the sixth floor in the International Council of The Museum of Modern Art Exhibition Gallery.