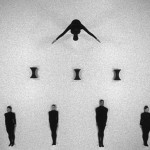 I have been viewing many interesting film and media works by contemporary artists and filmmakers while attending the Flaherty Seminar at Colgate University in upstate New York. Three artists representing a cross section of the work presented at the Flaherty Seminar—and offering three different positions on form—will be at MoMA to discuss their work during a special Modern Mondays event 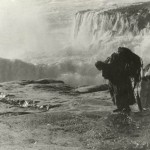 Robert Flaherty (1884–1951) is credited with being the father of the documentary. There had, of course, been “actuality” films from the very beginning of cinema; the Lumiere brothers sent film crews around the world to bring the wonders of the planet to audiences long before jets made it possible for large numbers of people to travel to exotic or remote locales.