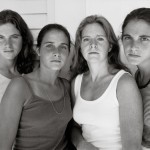 Cover of Nicholas Nixon: The Brown Sisters. Forty Years, published by The Museum of Modern Art

The Museum of Modern Art first exhibited Nicholas Nixon’s photographs of the Brown Sisters in 1976, as part of his first-ever solo exhibition titled Longer Views: 40 Photographs by Nick Nixon. The series was in its infancy at the time and only two portraits of the sisters existed, 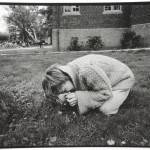 Celebrating the publication and exhibition on the 40th anniversary of Nicholas Nixon’s The Brown Sisters, the Department of Photography wanted to share from its collection a selection of “postcards” by Nixon that the photographer sent to the department’s former director, John Szarkowski. On the back of each of these photographs, one finds letters written by Nixon to Szarkowski.