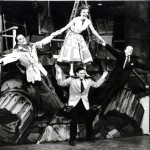 These notes accompany the screenings of Vincente Minnelli’s The Band Wagon on July 4, 5, and 6.


The Hollywood backstage musical had been a mainstay since the birth of the talkies. 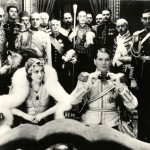 Ernst Lubitsch (1892–1947) followed up The Marriage Circle (1924) with eight more silents (three of which are sadly lost). In 1929, that probably made him the odds-on favorite among all then-prominent directors to succeed as sound was coming in. With The Love Parade, Lubitsch did not disappoint.