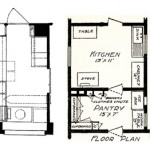 So You Want to Design a Kitchen

It’s 1926 and, like Margarete Schütte-Lihotzky, you want to design a functional kitchen. If you’re in the U.S. or Great Britain, you might then turn to a standards manual. At the time, there was Radford’s Details of Building Construction (1911). Then, five years after Schütte-Lihotzky’s Frankfurt Kitchen, two underemployed architects created an expanded manual more suited to 20th-century life. Their Architectural Graphic Standards (1932) has been continuously revised ever since. 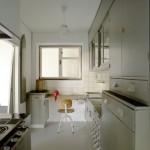 After viewing the exhibition Counter Space: Design and the Modern Kitchen, our team at MoMA was inspired by the Frankfurt Kitchen’s impact on our modern-day experiences of preparing and sharing food in our homes.