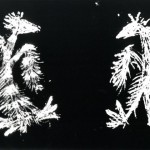 These notes accompany a program of animated films from abroad screening on December 12, 13, and 14 in Theater 2.