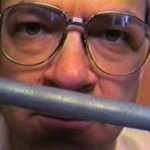 One of the major aims of Looking at Music: 3.0 is to examine the impact of technological innovation on music and art during the 1980s and 1990s. The advent of the music video, the proliferation of TV, and the development of cheap, immediate, color video recording equipment were significant events of this era that had a huge impact on the media artists used as well as the content they investigated. 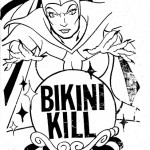 During the world premiere of  Who Took the Bomp? Le Tigre on Tour, which we screened in April in conjunction with Looking at Music: 3.0, we got a great response to the riot grrrl fan zines in the exhibition. 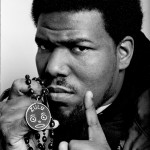 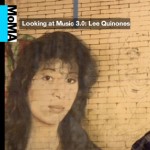 Lee Quinones: Graffiti and Beyond

The Looking at Music 3.0 exhibition includes Lee Quinones’s 1991 Century of the Wind screenprint from the YOUR HOUSE IS MINE portfolio, which decries New York City’s skyrocketing real estate prices. Considered one of the most influential artists to emerge from the city’s 1970s subway art movement, Quinones continues to produce work ripe with provocative sociopolitical content and intricate composition. 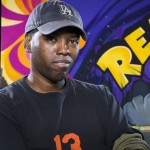 We caught up with Cey Adams, founding creative director of Def Jam Recordings, in MoMA’s Looking at Music 3.0 exhibition gallery, and he talked to us about his work, the emergence of hip-hop, and his unwavering allegiance to the possibilities of culture. 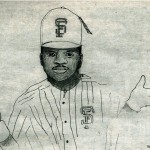 If Robert Smithson saw the world as a museum, artists of Seth Price’s generation see the “www” as theirs. For them, the gallery can be anything: they project a film and play music in a gallery, so the question of where in that jumble of everything they want to make their work is a difficult one. The Web is both a cabinet of curiosities and a studio where viewers are invited in to see their latest endeavors.

At the Crossroads of Art and Sound in the 1980s

Long before the days of turntables and synthesizers, the composer John Cage revolutionized the way art saw music and music saw art with pieces like the infamous “4:33,” in which he took the stage, sat at the piano, prepared to play, and then sat in silence for four minutes and 33 seconds before exiting the stage. The legacy of Cage’s work is alive in many of the pieces on view in Looking at Music 3.0</a>, particularly in the work of Brian Eno, David Byrne, Christian Marclay, and John Zorn. Like Cage, these artists were invested in experimental composition and built their careers at the nexus between fine art, music, and performance. 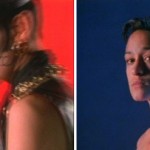 I never visited the Warehouse, the Chicago club where legendary Frankie Knuckles was DJ (and where the moniker “House Music” was born), but I was lucky enough to dance all night at the Power Plant, the club he opened there in the early 1980s. Later, during a visit to NYC in the summer of 1983 (before I moved here in 1987), my friends took me out for a delirious pilgrimage to hear the mighty sounds of Larry Levan at Paradise Garage. This former garage at 84 King Street was a place of few words. Dance was the message. 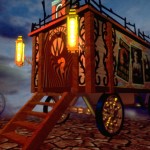 Looking at Music 3.0 invites interaction. Visitors select songs to hear (and dance to), videos to watch, and zines to read. Three digital art projects go one step further, allowing user and machine to take an active role. Laurie Anderson, The Residents, and Perry Hoberman harnessed what in the 1990s were the latest digital tools to make truly interactive works. 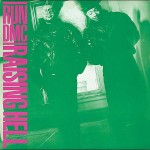