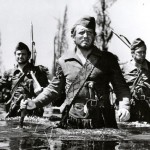 These notes accompany screenings of King Vidor’s Northwest Passage on October 10, 11, and 12 in Theater 3</a>.

An especially intriguing example of a high-quality, landscape-oriented “A” Western of the World War II era is King Vidor’s Northwest Passage 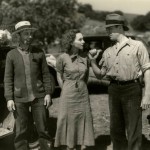 What goes around comes around. I first wrote about King Vidor’s Our Daily Bread in October 1972 (as part MoMA’s massive Vidor retrospective), exactly 38 years after film’s release. Now, another 38 years later, another economic crisis is upon us, and I essentially agree with my earlier assessment of the film. It is still naïve, simplistic, and awkward, but it remains extremely lovely in its innocence. 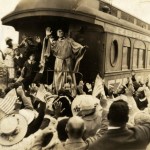 These notes accompany screenings of King Vidor’s Hallelujah, June 16, 17, and 18 in Theater 2.

1894 was a uniquely auspicious year for the movies. Not only is that when film history as we have come to know it began, but three of the medium’s greatest directors were born: Jean Renoir, John Ford, and Josef von Sternberg. It was also the year of King Vidor’s birth, and, while he may not have achieved quite the unity of vision of the other three, he came close.