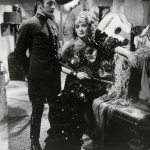 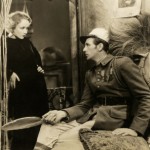 On March 31, 1930, Marlene Dietrich appeared on the stage of Berlin’s Gloria Palast for the premiere of The Blue Angel before sailing that very night for America to work on Morocco. The director of both films, Josef von Sternberg (1894–1969), had long since departed, expecting never to see the actress again.