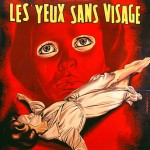 The Less You See, the More You Believe: Martin Scorsese’s Eerie Inspirations at MoMA In conjunction with </i>Scorsese Collects</a>, an exhibition of selections from the Scorsese Poster Collection, MoMA’s Department of Film has organized </i>Scorsese Screens</a>, featuring films represented in the poster exhibition along with some of the Scorsese titles they influenced.