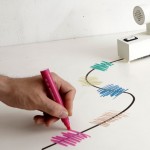 Technology Will Save Us. DIY Gamer Kit. 2013. Electronic components, dimensions variable. Gift of the designers

When thinking about the masterpieces in MoMA’s collection, one might be forgiven for visualizing Picasso’s Demoiselles (1907) or Jackson Pollock’s One (1950). The canon of visual art and design—a force that has shaped popular opinion—has, for centuries, held large-scale painting in high regard. Even the Oxford Dictionary entry for “masterpiece”—(noun): A work of outstanding artistry, skill, or workmanship”—uses Picasso as its defining example. 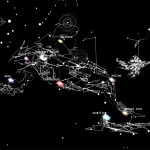 I cannot forget the first time I heard and saw Björk. It was 1987, she was part of the Sugarcubes, and she was singing the most arresting song, “Birthday.” The video was shot in Rejkyavik—otherworldly light, curious characters, peculiar architecture. She looked like an alien Tinkerbell and her voice was simultaneously haunting, corrosive, and incredibly moving. In the decades since, Björk has never ceased to experiment and surprise. 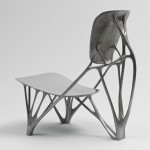 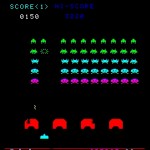 Quite a lot has happened since we announced the first 14 video games to enter the MoMA collection, seven months ago. 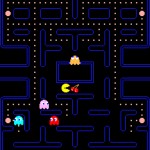