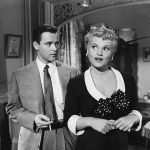 Judy Holliday in It Should Happen to You It Should Happen to You. 1954. USA. Directed by George Cukor 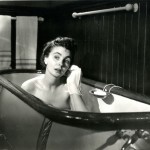 Spencer Tracy and Jean Simmons in The Actress. 1953. USA. Directed by George Cukor

George Cukor (1899–1983), a graduate of DeWitt Clinton High School, was barely out of his teens when he began working on Broadway. 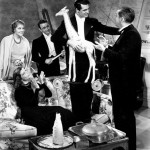 George Cukor (1899–1983) was not the kind of auteur who was stylistically flashy, and his philosophical point of view was not rigidly defined by a dogmatic personality. His talents were more subtle, but, nonetheless, genuine. Cukor’s Holiday was adapted from the Broadway success by Philip Barry, who went on to write The Animal Kingdom and The Philadelphia Story.

Of all the major film directors of the classical Hollywood period, only two were local New York City boys. Although one of them, Raoul Walsh, romanticized the city in several of his films, he was a cowboy at heart. George Cukor (1899–1983), on the other hand, seemed to bring the city’s cosmopolitan culture to his career. I don’t mean to suggest that natal geography is destiny, but being close to Broadway as a child and becoming a stage manager there at 20 was bound to have an impact.