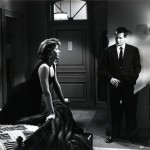 These notes accompany the screenings of Fritz Lang’s The Big Heat on June 6, 7, and 8 in Theater 3.

Fritz Lang (1890–1976) found his American sea legs with You Only Live Once (1937). In successive years, he adapted the themes of violence and fate that dominated his German films 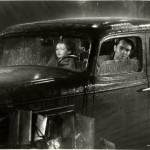 Fritz Lang’s You Only Live Once The American-made films of Viennese-born Fritz Lang (1890–1976) will be the subject of a comprehensive retrospective at New York City’s Film Forum from January 28 through February 10. A number of his German classics appear in our own Weimar Cinema, 1919–1933: Daydreams and Nightmares exhibition, and a restored Metropolis (1926) recently had a run at Manhattan’s largest movie house. So it would be hard to argue that Lang is a forgotten director.