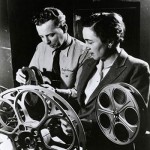 On any given day, MoMA curators, librarians, registrars, educators, and others are en route to a conference, lecture, studio visit, or exhibition near home or abroad. Travel is both a constant and a marvelous perk of working at the Museum. However, unlike the ubiquitous nature of staff travel today, in 1946 the Museum actually issued a press release announcing founding Film Library curator Iris Barry’s trip to Paris 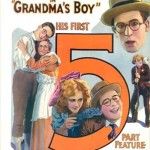 We kick off the new film series Modern Matinees with the 1922 Harold Lloyd (American, 1893–1971) silent feature Grandma’s Boy. As an unexpected confluence of film programming and film history, Grandma’s Boy was first released on September 3, 1922—93 years ago this week—so it seems like an opportunity to take a deeper look into the film and its bespectacled star, Harold Lloyd. 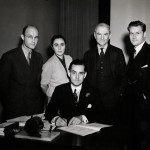 MoMA’s Department of Film at 80: Commencement