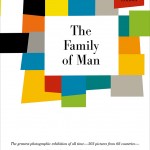 An Invitation to See At MoMA we strive to enable all visitors to find meaning and pleasure in modern and contemporary art. This includes people who are blind or have low vision, who are able to enjoy the Museum’s collection and special exhibitions via touch and visual description through Touch Tours Cover of the publication Cindy Sherman by Eva Respini. 2012. The Museum of Modern Art, New York

As an admirer of both Cindy Sherman and John Waters, I was happy to see a conversation between the artists included in Cindy Sherman, the exhibition catalogue accompanying the Museum’s major retrospective of the artist’s work. 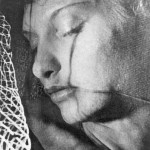 In conjunction with MoMA’s current Cindy Sherman retrospective (on view through June 11), the artist selected films that have informed her artistic practice for a special </i>Carte Blanche: Cindy Sherman</a> film series (which runs April 2–10 in MoMA’s theaters). Below are Cindy Sherman’s comments on the films, as told to Lucy Gallun.</small> 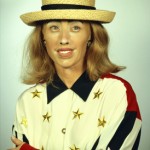 Some of Cindy Sherman’s characters bring an immediate context to mind. You gaze at the picture, and there’s the flood of a specific time and place. A scene forms and the figure becomes the protagonist of a narrative. Others are, at first take, more obscure or bizarre. 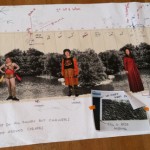 One of the most exciting features of the Cindy Sherman exhibition is Sherman’s photographic mural, which is making its North American premiere at MoMA.