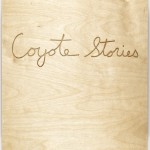 
It might surprise you to hear that one of the facets of contemporary printmaking that I find most exciting is projects by artists who work predominately in other mediums. These artists often approach traditional printmaking techniques with a fresh perspective, from which they can frequently discover new ways of using the medium to serve their unique artistic goals. Chris Burden’s 2005 print portfolio Coyote Stories is an excellent example of this exploratory spirit. 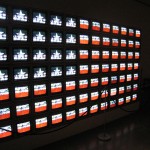