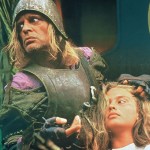 I would argue that no director in film history has moved so successfully back and forth between actuality and narrative as Werner Herzog, and Herzog’s skill in ether genre is nowhere better displayed than in Aguirre, der Zorn Gottes (Aguirre, the Wrath of God). 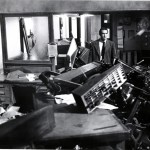 Disney, Iwerks, and Fleischer in the 1930s

Last June we presented a brief survey of early animation in both America and Europe. On the continent, with the emergence of figures like Walter Ruttmann and Oskar Fischinger in Germany and (with the coming of sound) Len Lye in Britain, abstraction became the predominant form. Lotte Reiniger continued her silhouettes, eventually landing also in Britain. Ladislas Starevitch spent the first decade of the sound era working on the puppet feature Le Roman de Renard in France.