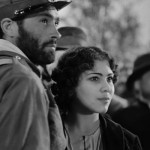 The Films of Alessandro Blasetti These notes accompany the Alessandro Blasetti program on November 3, 5, and 5 in Theater 3.

Alessandro Blasetti (1900–1987), a law school graduate and failed movie extra, started out as a film critic and participant in what might be viewed as a forerunner of the French Nouvelle Vague (New Wave) of the 1950s and 1960s: the Augustus cooperative. Blasetti and his circle were rebelling against an Italian cinema dominated by costume epics and melodramas, the kinds of films that had made Rome one of the premiere movie capitals of the world before World War I.