In December I had the very amazing opportunity to participate in a roundtable interview with famed Italian director and screenwriter Bernardo Bertolucci, who was in town for the opening of MoMA’s full-career retrospective of his work. 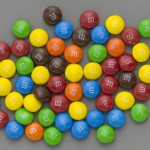 Five for Friday – Tricks and Treats

Check out this selection of haunted tricks and treats, specially prepared for your Halloween-weekend pleasure. With preparations underway for New Directors/New Films—now less than a week away, the festival has been generating buzz since the lineup was announced earlier this month—and a nice write-up in yesterday’s New York Times piece about young curators making waves in New York City, Rajendra Roy, MoMA’s Chief Curator of Film, is having quite a week. That’s why we’re thrilled he’s agreed to answer some of our readers’ questions in what we hope will be an ongoing feature of our blog. Our curators are a varied and fascinating bunch, and from the looks of our comments, Facebook page, and Twitter feed, so are our online fans. Why not bring the two together and spark a conversation?

So, think about what you’ve always wanted to know about the New Directors/New Films festival or about MoMA’s film program, and submit your questions via comments to this blog post. We’ll select the five most intriguing questions, and Raj will answer them here next Friday, so stay tuned!